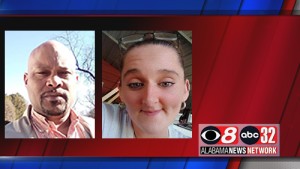 A $1,000 reward is being offered in the hopes of solving the homicides of a man and woman in Clanton.

As Alabama News Network has reported, the bodies of 49-year-old Tyran Lamont Spigner and 33-year-old Tiffany Nicole Browning were discovered on Tuesday, September 20. At 1:15 that morning, firefighters were called to a fully-involved house fire at 2015 Lay Dam Road in Clanton.

After the fire was put out, police say the bodies were discovered inside.

Central Alabama CrimeStoppers is offering the $1,000 cash reward for any information that helps identify the suspect responsible for the arson and double homicide.

If you have any information regarding this crime, call Central Alabama CrimeStoppers at (334) 215-STOP. You can remain anonymous.