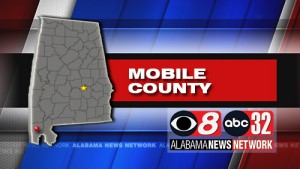 Two weak tornadoes with winds of 72 mph or less have been confirmed, one in Theodore and one south of downtown Mobile, after strong storms moved through the state’s coastal areas.

Surveyors were still looking Sunday for evidence of tornadoes in Alabama, where multiple funnel clouds were captured on video or in pictures.

Several people captured images of a funnel cloud crossing the highway that runs across Mobile Bay between Mobile and Spanish Fort. No damage was reported.

Residents reported wind damage in parts of western Mobile and in Theodore, southwest of the city. The Theodore tornado tore the roof off at least one house, blowing out windows. Other residents lost fences, trampolines and above-ground swimming pools.

“Opened this front door and the tree tops over there just parted and you could see a funnel not touching the ground, come through I slammed the door got in the hallway with the kids, and in a matter of 30 seconds the ramming and banging and it was gone,” homeowner Matthew McGilberry of Theodore told WKRG-TV on Sunday.

East across Mobile Bay, thousands were without power late Saturday around Magnolia Springs and Bon Secour. However utilities reported that almost all the outages had been restored by Sunday.

No injuries were reported in any of the storms.