Annual Central Alabama Fair Set to Kick Off in Selma

The 64th Annual Central Alabama Fair kicks off Tuesday in Selma. And final preparations are underway today to make sure everything’s ready.

Major changes mark the start of a new era for the Central Alabama Fair. The five-day event is now held farther back during the calendar year — on the first week in November.

“A lot of changes has happened. And really looking forward to showing off what we’ve done, to the community,” said Fair President Russell Haskell. 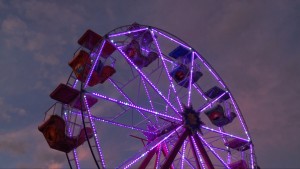 The midway at the Central Alabama Fair will look a lot different this year. It’ll feature a lot of new rides — along with some familiar favorites.

“We have a lot of rides that we haven’t seen in years,” said Haskell.

Rides like Gravitron. In addition to all the other stuff that brings people out to the fair each year.

“They come for food. And cotton candy. And candied apples and Cozy Dogs in Selma,” said Carolyn Dunaway.

This will be the first Central Alabama Fair — without long-time fair manager John Haskell on-hand running the show. Haskell died last month. But his fingerprints — are all over this year’s event.

“He had this fair pretty well set up. Everything was organized prior to his passing three weeks ago. So, we just kind of picked up where he left off. And we’re just going to kind of do it in his honor, in his memory,” said Haskell.

Armbands are available each night.