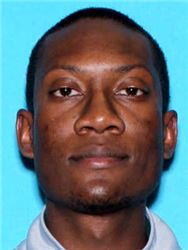 Millbrook police say a man suspected of theft at the city’s Walmart is now in custody after a search that involved tips from the public.

Police say at about 12:55 this afternoon, they were called to a theft in progress at the store. Officers say they were told that the suspect had run across Highway 14 toward Camp Grandview Road. Police say he was spotted running into the woods, so they set up a perimeter.

Police Communications received several calls from people in the area who provided information on the man’s location and where he was headed, according to police. Officers took him into custody near Summit Holiness Church.

The suspect has been identified as 33-year-old Marquet Shepheard of Montgomery. Police say Shepheard is charged with theft of property 4th degree and criminal trespass 3rd degree.