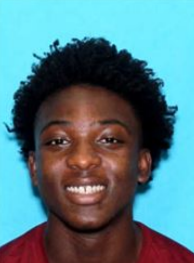 A man is under arrest in connect to a deadly shooting in Prattville.

Prattville police say 19-year-old Jakerian Willis was arrested for the homicide that happened on October 25.

Police say the victim, whose name hasn’t been released, was found shot inside a home around Tenth Street on Tuesday. He was taken to a hospital for treatment, but police say they were told on Saturday that he had died.

Investigators say the victim had been at another home when the shooter fired several rounds at him. Police say the shooter had already left the scene before they arrived.

Willis is being held on a $500K bond for murder. He is also charged with 2nd degree robbery for an incident unrelated to the case. That bond is an additional $10K.

Willis is currently in the Autauga County Metro Jail.