Mother of Selma Murder Victim Crying Out for Justice

The mother of a Selma murder victim is crying out for justice — in the shooting death of her eighteen year old son. 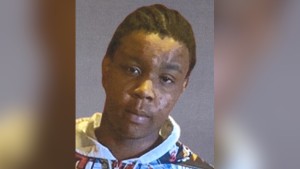 Valerie Hunter of Selma is a grieving mother — devastated by the loss of a son — shot down in his youth.

“There’s no way to explain it. I’ve never had to live through anything like this. And it is truly hard,” said Hunter.

“Sean was 18 working at Bush Hog. They went on a break. Him and someone went to the store. And my child never came home.”

Wiggins was shot and killed at B&B Grocery on the 2900 block of Water Avenue.

This incident occurred on September the 15th around 8 o’clock that evening,” said SPD Lt. Ray Blanks.

“Officers responded to the area in reference to a gunshot victim, when arriving made contact with that victim who was pronounced deceased on scene. Then we was able to identify a suspect as Kendarious Eaton, age 21.” 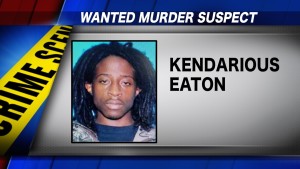 Police say Wiggins was sitting in a car talking on the phone when Eaton approached the vehicle with a gun. They say Wiggins got out of the car and the two men started fighting over the weapon. And Wiggins was shot during the scuffle.

Warrants for Eaton’s arrest have been issued. And U.S. Marshals are on the case — to help find Eaton — and bring him to justice.

“I want him arrested. I want him locked up. And I do not want no judge giving him a pass. I want him to serve his life sentence for murdering my baby boy,” said Hunter.

Police say Eaton is considered to be armed and dangerous.