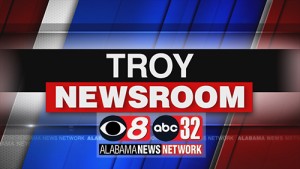 Troy police say a person has been shot at a gas station and is undergoing treatment.

Police say at about 2:20PM. they were called to the Sunoco gas station on North Three Notch Street. Officers say they found a male suffering from a gunshot wound. His name and age haven’t been released.

He was taken to Troy Regional Medical Center and then to Montgomery for treatment.

Police say detectives have identified several people involved and the case is still under investigation. No other information was released.