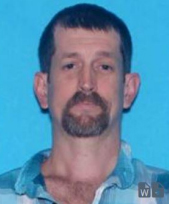 Prattville police say a man has been charged with shooting his ex-wife in the face.

Police say at about 10:54 this morning, they were called to the 1200 block of Caliber Crossing. They say 44-year-old Daniel Pol Ros is charged with shooting his ex-wife with a handgun while she was sitting in the passenger seat of a vehicle in front of his home.

She was taken to the Prattville Baptist emergency room. Police say she’s in stable condition.

Police say Daniel Pol Ros is being charged with one count of attempted murder.