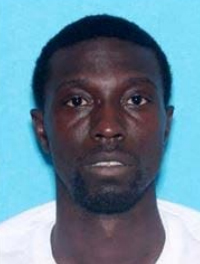 Prattville police say a man wanted on two counts of kidnapping has been taken into custody.

Police haven’t yet released details of how 35-year-old Michael Jerome Butler of Greenville was captured.

Investigators say he was wanted in a kidnapping case that involved two girls, who are now in the care of their parents/guardians.

Police had obtained arrest warrants on Butler for two counts of kidnapping in the 1st degree, with both warrants having no bond at this time. Police say additional charges are pending.