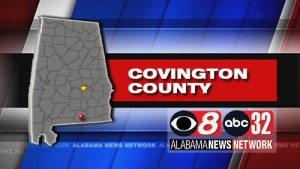 Alabama State Troopers say a man was killed in a pickup truck crash while trying to elude law enforcement in Covington County.

State troopers say 50-year-old Chad Moseley of Dozier crashed his pickup, which overturned at around 8:33PM Saturday. He was pronounced dead at the scene.

The wreck happened on Bell Crossing Road, about seven miles south of Brantley.