Campaign 2022: What to Expect on Election Day in Alabama 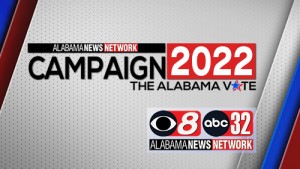 Tuesday’s midterm elections will decide which party controls both houses of Congress, and there’s a lot to watch in Alabama.

Republicans are looking to extend their lock on all statewide offices in the face of opposition from the Democratic and Libertarian parties. Libertarians are on the ballot for the first time in 20 years.

WHAT’S ON THE BALLOT:

There are plenty of races on the ballot Tuesday.

The race to replace U.S. Sen. Richard Shelby, 88, who is retiring after six terms, is the marquee contest.

Democrats are continuing to rebuild after the 2020 defeat of U.S. Sen Doug Jones, whose upset win in 2017 stunned the nation. During the 2018 midterms, few Democratic candidates topped 40% of the vote in statewide contests.

The state’s constitutional, legislative and congressional offices will also be decided.

Alabama voters will also decide on a revamp of the Alabama Constitution, which was written in 1901 to disenfranchise Black and poor white voters. The proposal would remove racist language, such as provisions mandating segregated schools, and reorganize a document that has been amended nearly 1,000 times. It does not make policy changes.

Polls are open from 7AM to 7PM statewide. Straight-ticket voting is allowed. Nearly two-thirds of voters cast straight party ballots in the 2018 midterm election.

Alabama News Network will have complete state and local results on TV, online and on our mobile app once the polls close.

Counting the votes can go late, but wide victory margins often allow races projections to be done earlier in the evening. In the high-turnout presidential election in 2020, Alabama’s vote count reached 90 percent at 3:34 a.m. the next morning.

Democratic votes in Alabama are often concentrated in the state’s cities, especially in and around Birmingham. Counting there can sometimes take longer. Polarized voting patterns mean some counties are heavily Republican or heavily Democratic. Caution should be taken with early returns because the timing of reports from a few large counties can skew early returns.

AFTER THE VOTES ARE COUNTED:

An automatic recount is required when a public office or statewide ballot measure is decided by 0.5% or less in a general election. Otherwise, election results will be certified later this month.