The Selma community is mourning the loss of 16 year old Selma High student. The teen experienced a medical emergency at school Tuesday — and later died.

The shocking death of the Selma High teen — has stunned and startled the entire community. 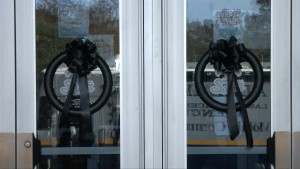 Black wreaths now adorn doors at the main entrance of Selma High School. And the flag in front of the school — is being flown at half-staff — in response to the tragic events at the school Tuesday morning.

“We lost a young scholar on yesterday and that is truly devastating to the community,” said Superintendent Dr. Zickeyous Byrd.

“Upon arrival EMT administered CPR. Then transported the child to Vaughan Hospital where he was later pronounced deceased,” SPD Capt. Natasha Fowlkes.

Byrd says three other students were also taken to the hospital for treatment. One has since been released — while the other two remain in the hospital.

Word on the street — has the incident linked to the deadly drug fentanyl. 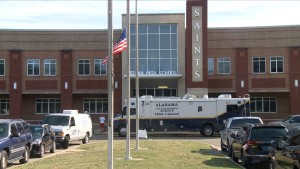 “It’s undetermined at this time the cause of death pending a toxicology report from the Department of Forensic Science,” said Fowlkes.

Police are asking anyone with information about the incident — to call investigators at (334) 874-2125.

Meanwhile, the Alabama Law Enforcement Agency has swept Selma High School — to make sure it’s safe — and free of harmful materials and substances.

“Just to provide that extra layer of support and security that we need to make sure that our school is safe,” said Byrd.

Only about 11-percent of the students at Selma High School — attended school on Wednesday.