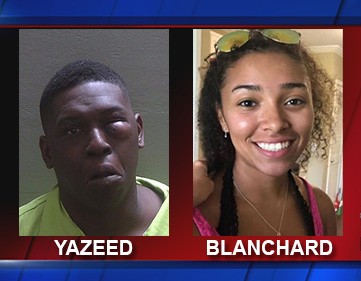 The man charged in the death of Aniah Blanchard has been indicted on multiple counts of capital murder.

Alabama Attorney General Steve Marshall announced Tuesday that Ibraheem Yazeed has been indicted in Macon County on three counts related to her death.

The attorney general’s office said it presented the evidence to a Macon County grand jury on November 4. The grand jury later returned the indictments on November 14.

Aniah Blanchard was reported missing on October 24, 2019, in Auburn. Her body was later found on November 25, 2019 in a wooded area in Macon County. Yazeed was served the indictment Tuesday in the Lee County Jail where he is currently being held without bond.

If convicted, Yazeed faces the death penalty or a sentence of life imprisonment without parole for each of the three charges of capital murder.

Yazeed was previously indicted in Lee County in 2020 related to her death.