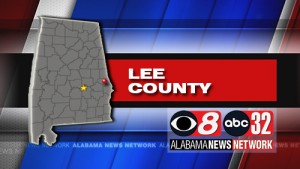 Alabama State Troopers are investigating a multi-car crash that left a man dead and a woman and teenager injured.

State troopers say 53-year-old Stuart Norwood, Jr., of Pelham was killed when the SUV that he was riding in hit an SUV driven by a 16-year-old from Opelika.

The driver of the first SUV, 48-year-old Emily Norwood, also of Pelham, then hit a pickup truck driven by 35-year-old Jermaine Burks of Auburn.

The teenage driver of the second SUV then hit an unoccupied SUV that was on the side of the road.

Investigators say the crash happened at the intersection of Alabama 14 and Lee County 188, approximately three miles west of Auburn, at 6:05PM on Thanksgiving night.

Suspects in Baby Jane Doe case back in Alabama