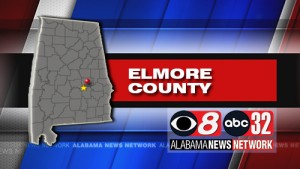 Alabama State Troopers say a Wetumpka man has been killed after wrecking a pickup truck.

Investigators say 32-year-old Alex Cumbie was driving the truck, which left the road and hit several trees. They say he was not using a seat belt and was pronounced dead at the scene.

The wreck happened on Central Plank Road, about nine miles south of Wetumpka, at about 11:25PM last night.

It's Looking Rather Wet Late Thursday Into Early Friday