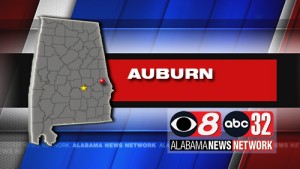 A man has died while in the custody of the Auburn Police Department.

Police say at 2:48PM Sunday, they got a complaint from the 700 block of Martin Luther King Drive of a person exhibiting erratic behavior. Officers made contact with the person, a 32-year-old Auburn man, near the 600 block of Spencer Avenue.

Police say the man became combative and a Taser was used on him. He was detained and EMS responded.

Police say the man then lost consciousness, and first responders immediately performed life-saving measures, including the administration of Narcan.

Police say he was taken to East Alabama Medical Center where life-saving measures continued. He was pronounced dead in the emergency room.

Police say as is protocol, the case is being investigated by the Alabama Law Enforcement Agency.

Suspects in Baby Jane Doe case back in Alabama