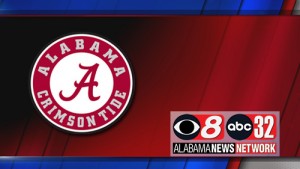 Alabama has moved up one spot to No. 6 in the latest College Football Playoff rankings, still two slots away from making this year’s playoffs.

Alabama beat Auburn in the Iron Bowl Saturday in Tuscaloosa, 49-27.

Ohio State is No. 5  in what is the second-to-last College Football Playoff rankings, positioned to possibly take advantage if one of the top four slips up on championship weekend.

Neither Alabama nor Ohio State play on Saturday, so moving up the list will take teams among the top four getting beaten.

The Buckeyes (11-1) dropped three spots to No. 5 after losing 45-23 to the rival Wolverines on Saturday at home.

Alabama (10-2) at No.6 was followed by Southeastern Conference rival Tennessee, which beat the Crimson Tide in October.

The undefeated teams might not need to win this weekend to lock up a spot.

Georgia plays LSU (9-3) in the SEC title game. Michigan plays Purdue (8-4) for the Big Ten championship. TCU faces Kansas State, which is 10th in the latest rankings and has already lost to the surprising Horned Frogs.

USC and Heisman Trophy frontrunner Caleb Williams face Utah, No. 11 in the rankings, on Friday night in Las Vegas for the Pac-12 championship.

If the Trojans slip up, that could give Ohio State a second chance.

The final rankings which will determine which four teams will play for this year’s National Championship will be released Sunday.