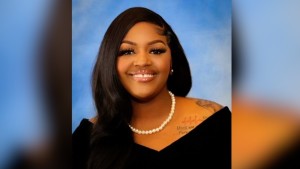 Her 19 year old brother Rashod was shot. But their 9 year old sister Cayden was unharmed — after their car was shot up at S&K Mini Mart — on the day before Thanksgiving.

“After he come out of the store, he gets back into his vehicle with his two sisters. And he take, as he’s driving out of the parking lot of the Mini Mart, a subject in another vehicle, fired shots at him,” said Gaile.

ALEA SBI agents captured 19 year Tyquez Hare in Selma — Tuesday morning. And charged him with capital murder in the case.

“We do not have a motive as of yet. It is still under investigation between me and SBI agents,” Gailes said. 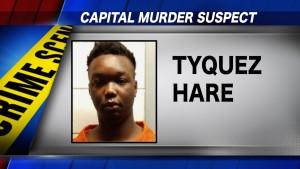 Meanwhile — the family of the victims — and the Pine Hill community — are left trying to cope with the loss of a promising young life — gone too soon.

Charmaine Dock is the older sister of the victims.

“I’m devastated. I don’t know how to move on. But I know I have to for my family, for my siblings. She was so, so loving. And so caring,” she said.

Dock says the shooting has traumatized the two siblings who survived. And their sister’s death — has been extremely hard on their mother. And changed their family life forever.

“The life I had before is no longer the same,” said Dock. “It’ll never be the same without Mya.”

Hare is being held in the Marengo County Jail — without bond.

Gailes says more charges and arrests in the case — are possible.