Alabama News Network is getting a first look at the tornado damage in the Flatwood community of Montgomery County where a mother and son were killed early Wednesday morning. 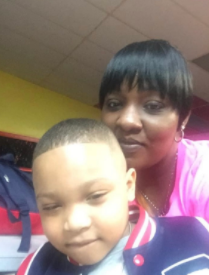 Chiquita Broadnax, 39, and her son Cedarrius Tell, 8, were killed by the tornado in Montgomery County on Wednesday, November 30, 2022. Photo from Antonio Broadnax via ABC News

Investigators say a large tree hit a home where 8-year-old Cedarrius Tell was inside with his parents, 39-year-old Chiquita Broadnax and Cedric Tell. The boy and his mother were killed. His father had to be rescued and taken to a hospital for emergency surgery.

In that tight-knit community, large trees are down in several directions. The Flatwood Community Center was heavily damaged.

The storm hit around 3AM. The area was under a tornado warning at the time. 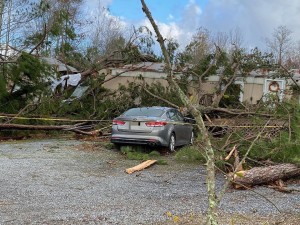 Montgomery County home where the mother and son were killed on Wednesday, November 30, 2022 – Photo from NWS Birmingham

Watch the video to see Jon Briggs, Montgomery County Assistant Chief Deputy, describe the damage, along with people who live in that area, which is north of the Northern Boulevard but west of U.S. Highway 231 near Lower Wetumpka Road.