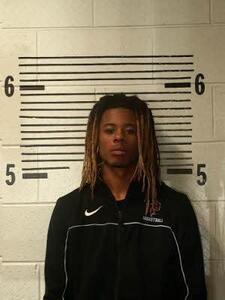 Millbrook police say a Prattville man has been charged with sexual torture, domestic violence and other charges.

On November 30, Millbrook police say they conducted a welfare check in the 100 block of Pine Meadows Circle. Officers say they found the female resident with numerous injuries.

Police say she told them that a man who she had dated entered her home through a window while she was sleeping. Once inside, she says he both physically and sexually assaulted her.

Investigators say during the assault, the victim was able to get to a phone and text a friend who contacted police. They say the man fled as officers arrived.

The suspect, who police identify as 22-year-old Kendrick Rogers, was found and arrested a short distance away.