Some big improvements could be on the way to Selma. The city is one of four in the country chosen for a special initiative.

The Partnership for Equitable and Resilient Communities is designed to help marginalized communities tap into federal dollars to help tackle areas of need in the community.

“The federal government has passed a few bills over the past year. And that’s sending trillions of dollars into communities,” said Susan Thomas. 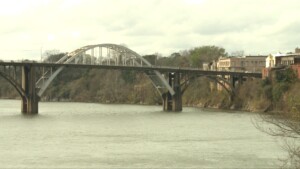 Selma joined Cleveland, Ohio, Durham, North Carolina and St. Paul, Minnesota — as the cities kicking off the new initiative. An official launch was held in Selma on Tuesday.

“Each community gets $5 million dollars over three years to help them plan,” said Thomas.

“Because Selma, we’ve done a lot of plans. But this particular plan focuses not on the problem, but how to identify and capture resources.

Resources that could help to improve the quality of life for the people in the community.

“At the core of our work is to ensure that families can have a safe place to live,” said St. Paul Mayor Melvin Carter.

“They can access wealth creation through home ownership. And so they have an opportunity to pass that wealth on to their children.”

“It’s a different way for philanthropy and communities and government to partner,” said Esther Shin with Urban Strategies.

“To improve the conditions for children and families that have largely been ignored.”