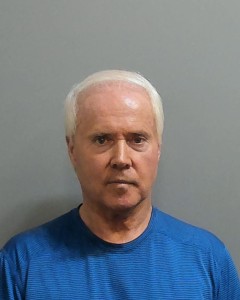 Last week, the woman who accused him of sexually abusing her in a downtown restaurant asked the court for the dismissal.

The woman’s attorney, Dianne James Davis, released this statement at that time on behalf of her client:

“I have asked that any charges against Perry Hooper be dismissed. The matters relating to Mr. Hooper and me have been resolved and going through the turmoil of a trial would provide no more justice than getting a sincere public apology from Mr. Hooper. I so respect and appreciate law enforcement and the job they have to perform, nevertheless, I request these charges be dismissed.”

Hooper, 68, was accused of grabbing the woman’s breasts and waist, kissing her on the neck and shoving his pelvis into her backside, an affidavit showed. The woman was behind the host stand at a restaurant and Hooper was leaving, the document said.

Hooper released this statement through his attorney, Joe Espy:

“I would like to express my sincerest apologies to Elizabeth Daly. On August 16, 2022, Miss Daly was assisting my friend and me as a hostess where we were dining. I was wrong, and I take full responsibility for my actions. Miss Daly is an exemplary person and my behavior was unacceptable. I hope she will accept this apology for my regrettable conduct.”