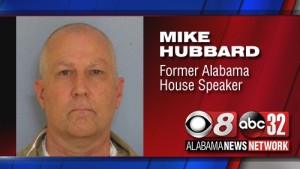 Former Alabama House Speaker Mike Hubbard has been released from prison after serving more than two years behind bars for a 2016 ethics conviction.

The Alabama Department of Corrections said Hubbard was released from Limestone Correctional Facility on Sunday, the day his 28-month sentence was set to end.

Hubbard was one of the state’s most powerful politicians until the ethics conviction ended his political career. The architect of the Republican Party’s takeover of the Alabama Legislature in 2010, Hubbard was a legislator from Auburn and former chairman of the state Republican Party. He was elected House speaker soon after Republicans won control of the House.

Prosecutors accused Hubbard of leveraging his powerful public office to obtain business clients, violating prohibitions against using his office for personal gain and against giving a “thing of value” to an elected official. At his trial, Hubbard’s defense attorneys maintained the contracts were legitimate work and unrelated to his position as House speaker.

A jury in 2016 convicted Hubbard of 12 felony charges, but half of those were overturned on appeal.

Hubbard had unsuccessfully sought an early release from prison. Prosecutors opposed his request for early release and said his apology was insincere.