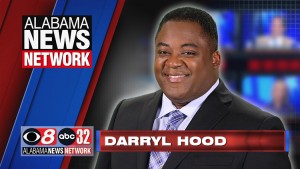 Darryl knew since the age of 16 he wanted a career in television news. With the support of his family, friends and the guidance of several mentors, Darryl was able to fulfill his dream of becoming part of a business that gives him a front row seat to history-making events.

Darryl began his career as a reporter for the Orange County Newschannel (OCN) in Orange County, California, prior to graduating from California State University Northridge.

From OCN, he was hired on as weekend anchor/reporter for KQTV in St. Joseph, Missouri. He later took a gamble on Las Vegas where he spent five years as an anchor and reporter. Following his stint in Sin City, he was given the opportunity to report for his dream station, KCAL-TV in Los Angeles, which also afforded him the opportunity to report for KCAL’s sister station KCBS-TV.

Darryl then went on to report for KCNC-TV in Denver, Colorado, and later headed back to Los Angeles to anchor the Emmy Award-winning weekly newsmagazine “LA This Week” for LA CityView Channel 35.

Darryl has also worked for stations in Memphis, Tennessee, and Columbia, South Carolina.

When he’s not working, Darryl enjoys traveling, salsa dancing and hanging out with friends. He’s always discovering and soaking up all the River Region has to offer and meeting many of you and telling your stories along the way.

If you have any story ideas, please don’t hesitate to contact him.

Businesses Reopen after Gas Leak at the Shoppes at Eastchase

A gas leak at the Shoppes at Eastchase forced some businesses there to temporarily close. The call went out just before 4:30PM Friday. Montgomery Fire/Rescue says the gas leak was the result of a vehicle hitting a nearby gas meter.…

Help Us “Stuff The Truck” This Saturday!

Learning on empty, that's what about 50% percent of Alabama students would be doing if it weren't for the free or reduced lunch program. The number is even higher in Montgomery County at…

An Alabama prison inmate has died after what authorities described as an apparent inmate-on-inmate assault. The Alabama Department of Corrections said Dwight Campbell, a 48-year-old inmate at Bullock Correctional Facility in Union Springs, died Monday from injuries sustained during the…

A federal judge says older Alabama voters at risk for contracting COVID-19 shouldn't have to comply with all the state's requirements for casting absentee ballots in November. U.S. District Judge Abdul K. Kallon ruled Wednesday that being forced to follow…

Many of the challenges we face are even more difficult now because of the pandemic, so imagine what life must be like for Alabama students who depend on the free or reduced lunch…

According to a post State Auditor Jim Zeigler's Facebook page, his 26-year-old son, Win Zeigler has died. The post says Win Zeigler "stopped breathing and died in his bed" and that "due to his age, an autopsy will be performed."…

Two men from Birmingham are accused of leading Millbrook Police on high speed chase early Friday morning. 22-year-old Robert Wilson and 21-year-old Ted Wallace are accused of trying to evade officers after refusing to stop for a traffic violations.  Authorities…

Usually when we hear lawyers say they'll "fight for you," they're referring to personal injury, but when Public Interest Attorney Bryan Stevenson says he'll fight for you, it's about protecting a client's basic…

Tim Essary, owner of Cahawba House in Downtown, Montgomery has been serving up good food at the restaurant since 2016. Along with that good food, he's tried to provide every…