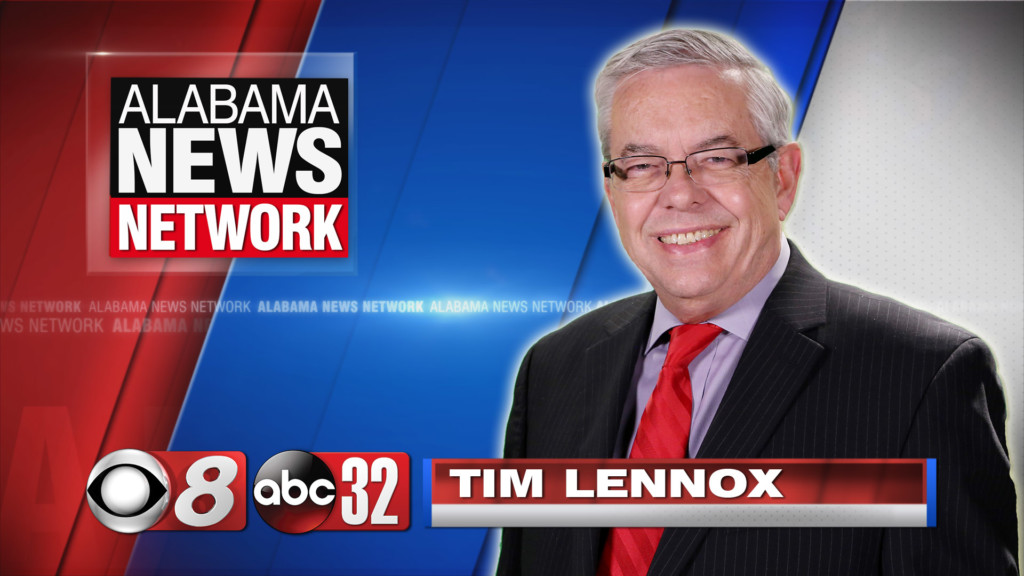 Weekend News Anchor/Senior Political Reporter Tim Lennox has lived in Alabama since 1976 when he moved to the state from New York City and started working as a helicopter radio traffic reporter in Birmingham. He also spent a lot of years anchoring radio news and hosting radio talk shows in that city. He was host of “Southern Exposure” on the CBS-TV station in Birmingham for three years.

Tim moved to Montgomery in 1998 to anchor the Alabama Public Television news program “For The Record”. He also moderated debates and hosted “Alabama at Work” and other APT programs during his eleven years with the nine-station network.

Before his move to Alabama, Tim served three years in the U.S. Army, including one in which he anchored Armed Forces Vietnam Network (AFVN) Television newscasts in Quang Tri, and served as a photographer reporter for a brigade newspaper.

He still loves photography, and had three of his submitted photos published by The New York Times in 2009.

Tim holds dual U.S.-Irish citizenship in honor of his ancestors, lives in an almost 100-year-old home in Montgomery’s Garden District, and once parachuted out of a perfectly good plane over Sylacauga for a story.

Slavery is a hot topic in movies, but slavery is more than a movie for Montgomery.

There are almost two hundred inmates on Alabama's death row, including one who is there 33 years after the double murders of which he was convicted.

Mayor Reed Joins Group of 40 Mayor Across the U.S. Selected to Participate in The Bloomberg Harvard City Leadership Initiative

The Latest: China's Li off to strong start on 2nd day of PGA